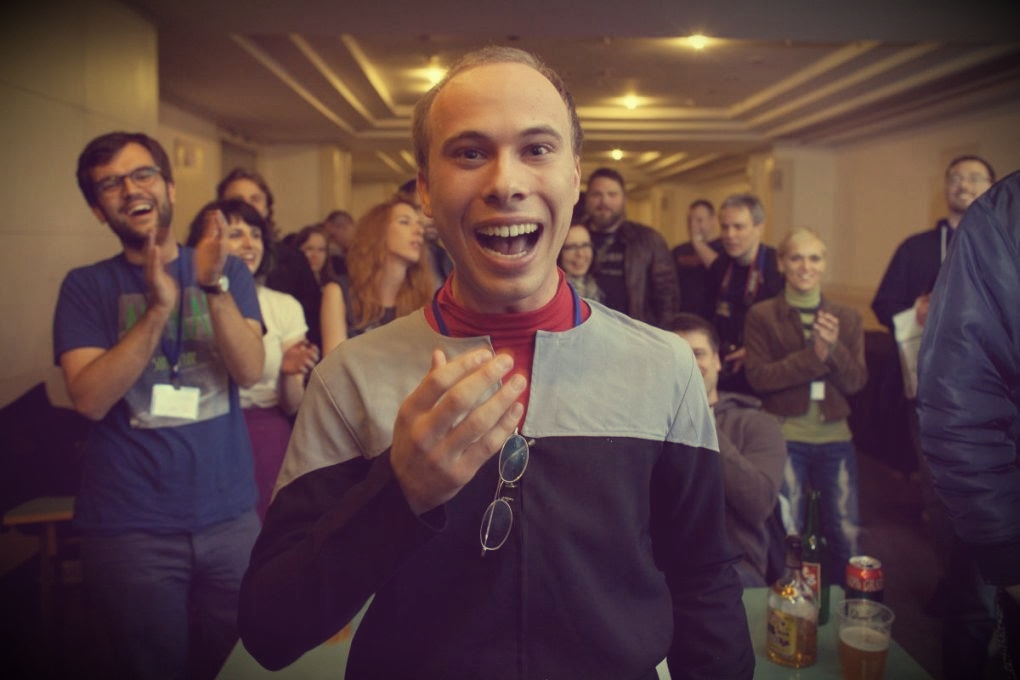 SFeraKon is the longest-running and so far the most popular Croatian SF convention. The first one was held in 1983, and in 1986 and 2012 it hosted a Eurocon. It is organized by SFera, the Zagreb SF club. Usually over 1000 attendees and visitors pass through the halls during the convention.

We had Guests of Honor such as Frederic Paul, Sam J. Lundval, Harry Harrison, Joe Haldeman, George R. R. Martin, Robert Silverberg, Martin Easterbrook, Guy Gavriel Kay, Walter Jon Wiliams, Lois McMaster Bujold, Tim Powers and eagerly await many, many more. The same goes for plain mortals – if you have nothing to do in the middle of May, come and meet us. If you have other engagements, cancel them and come and meet us.

Croatia is slightly cheaper than Western Europe (although not as cheap as Bulgaria or Poland). The convention site is relatively near the city centre, so walking is a reasonable option. If you feel adventurous, trams are not that crowded during weekends (single ticket ~1.5 EUR, daily ticket ~4 EUR). If you feel even more adventurous, the probability of running into a ticket control is between 1 and 10%, but the adrenaline rush may be priceless, depending on personality.

Almost everybody at SFeraKon (including the innocent bystanders) speaks English and if you start a conversation and it turns out somebody doesn’t undestand you, please drag him (or her) to the desk of the SFeraKon BULLETIN so that we can take his (or her) photo and publish it. (A note on a note: principle of general knowledge of English doesn’t necessarily extend to the regions outside of convention.)

Most of the programme at the convention is in Croatian. However, all programme items held by this year’s GoH  will, be held in English.
If we get attending non-Croatian-speaking members, it may happen that some lecturers hold their programme items in English, depending on who is in the audience.
In other words, we’re flexible and anything may happen.