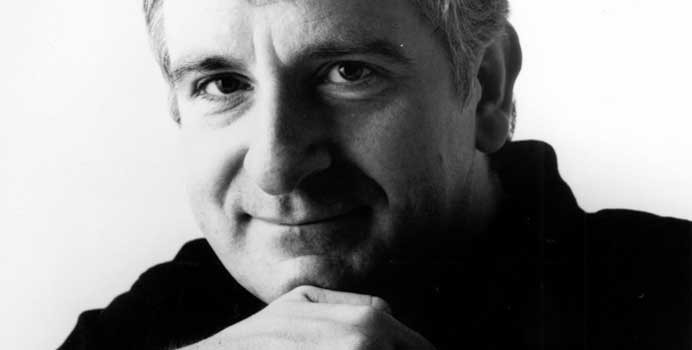 Don’t panic – SFeraKon 2016 Ghost of Honor is Douglas Adams, the brilliant British writer and author of the iconic Hitchhiker’s Guide to the Galaxy. Everyone who read it loved it, but there are some (whereabouts unknown, but rumored to exist!) who don’t know that the Guide didn’t see the light of day as a cult book, but — radio drama! On Women’s Day, March 8, 1978, BBC Radio 4 for the first time aired The Hitchhiker’s Guide to the Galaxy, an SF show that was the first radio comedy produced in stereo. In addition to the writing which has captivated generations of SF and comedy fans, this radio drama also won many awards and recognition for the innovative use of music and sound effects, which Neil Gaiman wrote about in his 1988 book Don’t Panic: The Official Hitchhiker’s Guide to the Galaxy Companion, while he was still working as a journalist. 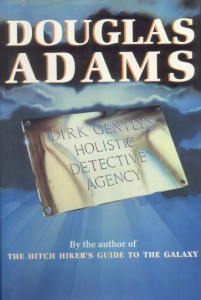 The Guide remains the only radio show ever to be nominated for the Hugo Award (1979, in the “Best Dramatic Presentation” category), earning its author the induction into the Radio Academy Hall of Fame. However, this is not the only reason for naming Douglas Adams this year’s Ghost of Honor. In addition to the radio drama and literary works of the same title, he is the father of the SF detective Dirk Gently, the main character of the humorous detective novels Dirk Gently’s Holistic Detective Agency and The Long Dark Tea-Time of the Soul (which will soon be available in SFera’s Book Club!). This year’s SFeraKon short story collection, which every visitor will receive as a gift, focuses on noir fiction and detective stories. With the cosplay theme being Cops & Robbers, we can’t wait to see who will embody “a pudgy man who normally wears a heavy old light brown suit, red checked shirt with a green striped tie, long leather coat, red hat and thick metal-rimmed spectacles.”