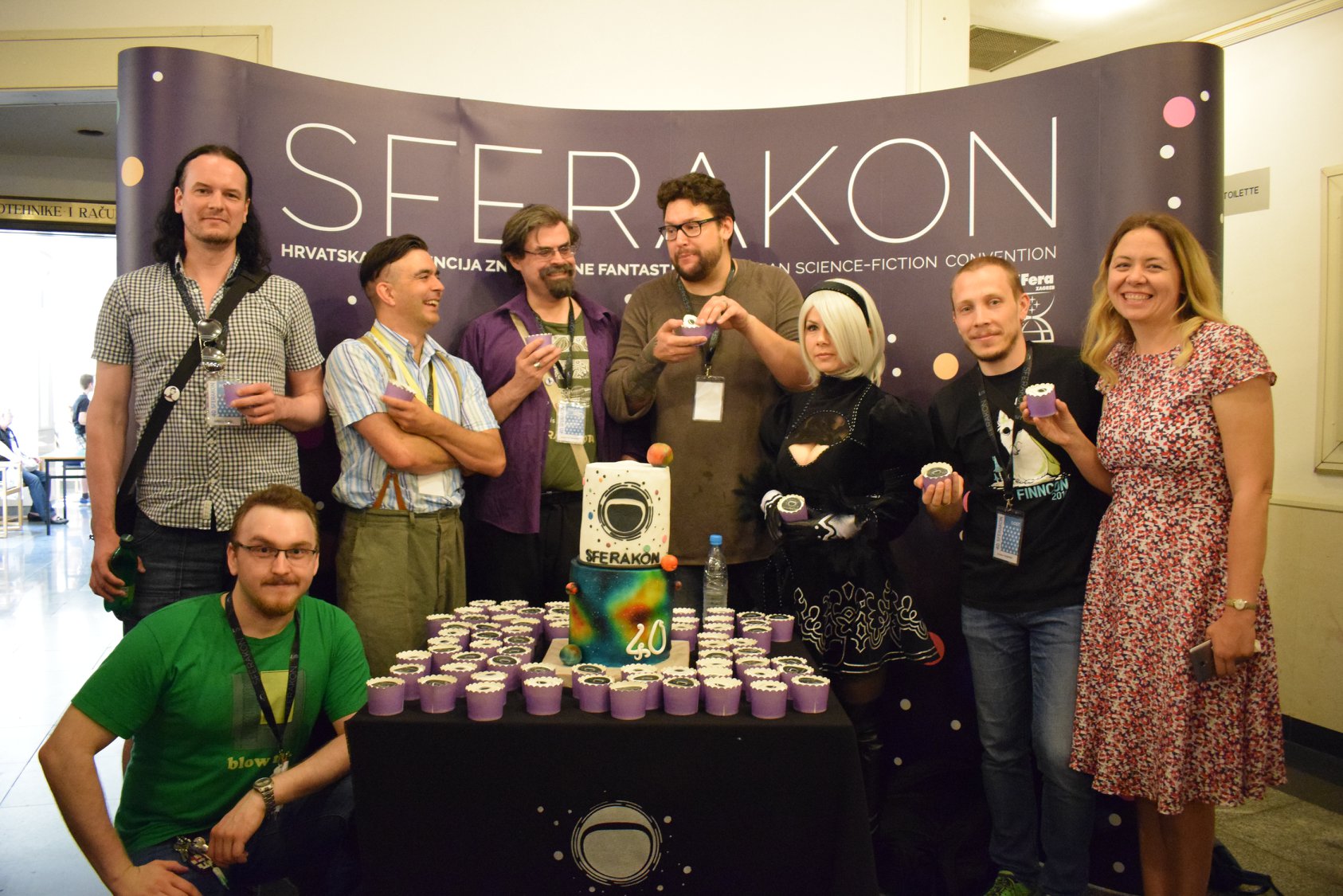 SFeraKon is the longest-running and so far the most popular Croatian SF convention. The first one was held in 1983, and in 1986 and 2012 it hosted a Eurocon. It is organized by SFera, the Zagreb SF society. Usually over 2000 attendees and visitors pass through the halls during the convention.

Since during our usual date we were unable to hold a proper SF convention due to lockdown, we opted for virtual variant – SFeraKORon – and it was a blast! Now, we are organizing autumn convention, in the open space, in the beautiful park Ribnjak. If you are around, don’t be a stranger and join us!

Due to circumstances and holding convention in the public space, membership fees are at unbeatable price!